A Great Hotel in Hexham 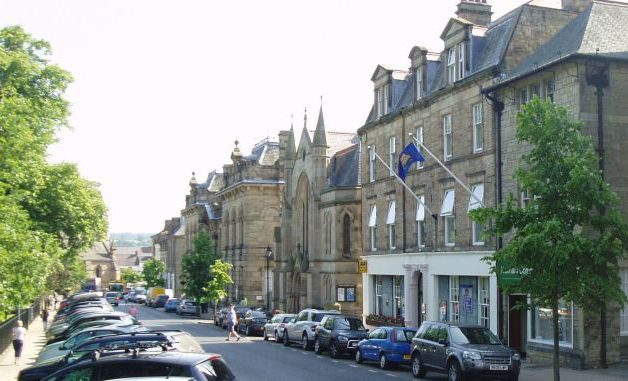 Roger and Magdalena Davy were used to running a successful, busy gastro pub in the popular area of Richmond in Surrey.  After building up the trade and obtaining excellent Trip Advisor reviews they decided they wanted to move onto a new challenge.

Roger, originally from Hexham in Northumbria, wanted to return to his roots and found a very desirable and attractive hotel for sale in the centre of the town.  It had been their dream to buy an established hotel and The Beaumont Hotel in Hexham fitted the bill.  The vendors, after owning and operating the hotel for 3 decades were looking to retire and, as luck would have it, put the concern on the market at the precise time Roger and Magdalena were looking.

Having previously run a hospitality business Roger recognised the importance of using a broker who understood the sector and could provide expert knowledge on raising the necessary funds.  He decided to contact us at Stewart Hindley & Partners and after an initial discussion engaged us to take the proposal forward.

We wrote and presented a robust business proposal which included financial analysis of the current trade, projections for trade going forward, a realistic marketing plan and a comprehensive debt service analysis which showed the lender that the business was not just viable but would be able to grow once in the ownership of Roger and Magdalena.

Hexham was once the haunt of marauding Vikings 1300 years ago, nowadays it proudly holds the title of England’s favourite market town – as voted by Country Life magazine.  The town is close to Newcastle, the Northumberland National Park and Hadrian’s Wall, if you are looking for somewhere to stay in this area we can recommend a stay at The Beaumont Hotel!

What do Roger & Magdalena say about Stewart Hindley & Partners?

Chris McDonagh and Carol Jones at Stewart Hindley & Partners were fundamental in quickly securing a number of extremely favourable offers of finance. From initial discussions around purchasing The Beaumont right though to completion we were in constant contact be it regarding the finance or for advice on any other aspect of the deal. I would not hesitate to work with Chris and Carol in the future or recommend them to anyone looking to embark on a similar deal