A Warm Norfolk Welcome Awaits You 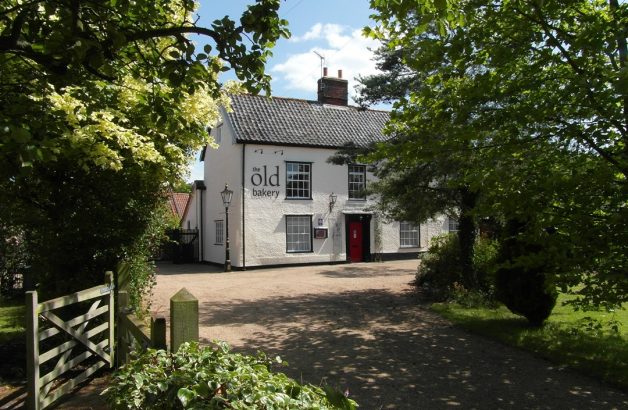 Jim & Theresa were living in Australia and decided it was time to return to the UK.  It had always been a dream of theirs to own a bed and breakfast and when they saw the Old Bakery in Pulham Market they decided to go for it!

The Old Bakery Pulham is situated in the popular Norfolk town of Pulham Market. Dating back to 1580, the property was once a bakery where those living in the village would queue every morning for their fresh bread. Today it still presents an abundance of original character, with exposed wall timbers, beautiful ceiling beams and inglenook fireplaces.

The Old Bakery had been traded very much to suit the owner’s lifestyle and as such the accounts were not showing the full potential of the business.  This was going to make it difficult to fund and Jim and Theresa decided to engage Stewart Hindley & Partners to find a suitable lender and competitive rates.  Mike Cox, one of the Partners here at Stewart Hindley & Partners, put the deal to a couple of lenders who he felt would be interested in the deal. Unfortunately one of them declined the deal so we proceeded with our alternative lender who had agreed to proceed.

We provided a complete loan proposal with realistic projections which showed the lender just how well the business would be doing going forward and how Jim & Theresa were intending to trade the concern in the future.

The loan was agreed subject to valuation, the next step was to arrange the commercial valuation.  The valuers were appointed and duly provided a report.  Unfortunately the property did not value as expected so Mike had to work with Jim, Theresa and the bank to agree a way forward.  There were also a few details which needed to be addressed in the property and, again, Mike was instrumental in getting these sorted.

Whilst going through the process Mike kept in close contact with Jim & Theresa and provided regular updates which could be challenging given the time difference between the UK and Australia.  He managed the clients’ and the bank’s expectations and made sure the momentum was kept up.

Jim & Theresa came back to the UK in January this year (2018) and have just completed on their purchase.  They are looking forward to receiving guests and growing their new business.

What Theresa & Jim say about us..

When we first saw The Old Bakery we fell in love with both the property and the village however it was more than we had initially wanted to spend. Having got the details about Stewart Hindley & Partners on a ‘how to run a bed and breakfast’ course we attended we thought we’d give them a go.

Throughout the process Mike was extremely helpful and kept us up to date with how things were progressing. You can imagine that being in Australia the time difference was sometimes a problem but even when we had to do phone conferences with the banks Mike managed it all perfectly even to the point of organising a conference call before hand in order to explain how it would proceed. We are very glad we came across Stewart Hindley and Partners as we are now living at The Old Bakery and have already welcomed our first guests.