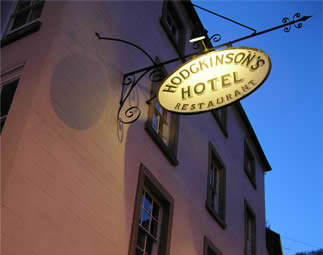 Chris & Zoe Hipwell planed to relocate back to the UK after 25 years in Los Angeles; they were referred by their commercial agent to Stewart Hindley & Partners as specialists in the hotel finance sector. Working with Stewart Hindley & Partners, they then searched for a boutique hotel that met their requirements. Most importantly it had to be one that was fundable, as Chris & Zoe had no current UK credit history.

Even whilst Chris & Zoe where still residing in Los Angeles, After securing a decision in-principle Hindley and Partners was able to:

A hotel loan was secured on advantageous terms which allowed for a degree of flexibility whilst they became familiar with the trade. This ensured they were able to meet their loan commitments to the lender and allowed them to concentrate on developing their trade and establish the business going forward.

Stewart Hindley & Partners dealt with every aspect of the debt and transaction which included the valuation report and agreement of the goodwill and fixtures and fittings apportionment, to maximize our SDLT allowance, whilst we where still living in Los Angeles.

All that was required of us was to meet the lender on our return to the UK and sign on the dotted line! We can’t thank them enough, as it was thoroughly professional process which allowed us to concentrate on relocating back to the UK.